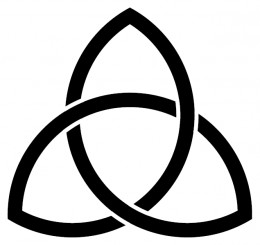 So Joseph said to his brothers, “Please... come near to me.” And they came near. And he said, “I am your brother Joseph, whom you sold into Egypt. Do not be distressed or angry with yourselves because you sold me here, for God sent me before you to preserve life". Genesis 45

“Jesus Comes back to the Jews” was the headline in The Times of Israel on January 23, 2017. The article described an art exhibit held at the Israel Museum in Jerusalem from December 2016 until April 22, 2017, featuring 150 works of art from 40 Jewish, Zionist, and Israeli artists.

The exhibit was titled “Behold The Man: Jesus in Israeli Art“.

"Jesus comes back to the Jews"

I think it's interesting that not everyone who utters a prophetic statement knows that's what they're doing. For instance, when Jesus was arrested, tried, and crucified, it was Caiaphas, as the High Priest of Israel at the time, who was manipulating those events when made this prophetic statement, "You do not realize that it is better for you that one man dies for the people than that the whole nation perishes" (John 11:50).

The headline "Jesus comes back to the Jews" was a prophetic declaration. It's a statement that, subconsciously perhaps, describes and exposes a desire in the hearts of an increasing number of Jews. Somehow, Gentiles ran off with the greatest Jew of all time and they want him back. At the bottom of this page is a list of quotes from leaders within the Jewish community around the world regarding this theme.

Jewish people everywhere are searching for language to make Jesus theirs again, and that's a good thing. Maybe it won't be as their Messiah at first... but that's not between us and them, it's between them, their brother Jesus, and the One Father. I think an obvious starting point towards reconciling with Jesus is for Jewish people to simply see Him as their brother because that's where everyone who followed Him started. They all knew Him as a son of Israel.

Modern Jews are not alone in their rejection of their brother. Jesus' own brothers didn't believe he was Messiah until after the resurrection event. For them, it was the fact that He was their brother that prevented them from seeing Him as Messiah. (Compare John 7:5 with Acts 1:14, & Genesis 45:1-5) Is it possible that being removed from those events by nearly 2,000 years, simply helping Jewish people see Jesus as their brother and a "Member of the tribe" could be a key starting point to encountering him as Messiah?

The story of Joseph is a historic account of a drama within the family of Israel. It's also a prophetic picture of the future betrayal of Jesus. Joseph was the beloved son of Jacob, the patriarch Israel. His story alludes to the coming Messiah, Jesus... the beloved and only begotten son of the one Father. Similarly, Joseph's astonishing reconciliation with his family illustrates the moment, still in Israel's future, when Jesus will be reconciled with all of Israel.

Like the religious leaders in Jesus' day, Joseph's brothers seethed with jealousy. Partially because of Joseph's dream in which they all bowed before him, but also because of the favor he had with their father Jacob as the firstborn son of his beloved wife Rachel. Joseph's brothers despised him so much that they conspired together to kill him. Although they stopped short of murder, for them, selling him as a slave was the same thing as killing him. Afterward, they bloodied the coat his father had given him and reported to Jacob and the rest of their families that Joseph had been killed by wild animals. The whole tribe lived under the cloud of that deception for 20 years. I wonder if they feared that someday Joseph would reappear and how it would affect their standing with their father. Certainly, after such a long time it would have never occurred to them that the Egyptian ruler they bowed before was the brother they betrayed. That is, until his staggering reveal.

Consider the encounter spoken of in Zechariah 12:10 and quoted in John 19:37. “When they look on me, on him whom they have pierced, they shall mourn for him”. I think this is a sweeping panoramic picture that reaches back to the story of Joseph’s betrayal and stunning reunion with his brothers and forward to the dramatic return of Jesus and his reunion with all of Israel. (Acts 1:11)

In human terms, Yeshua is the greatest Jew who ever lived, and certainly the most influential. But, like Joseph, He carries a Gentile name and is disguised by Gentile culture and tradition. And, like Joseph’s family, Jacob/Israel has lived under the same cloud of deception perpetrated on their ancestors 2,000 years ago by the religious leaders of Israel.

Consciously or subconsciously, the art exhibit held in Jerusalem in 2017 and the article in The Times of Israel touches on something that a lot of Jewish people in the land and around the world are trying to find language for. I believe they feel the absence of Jesus their brother who was betrayed and rejected and they’re struggling to come to terms with it.

We’ve had far too many encounters on the streets of Jerusalem with both modern orthodox and non-religious Jews to doubt this. The ground here in Israel is softening.

Can you see how the pendulum of history is swinging? 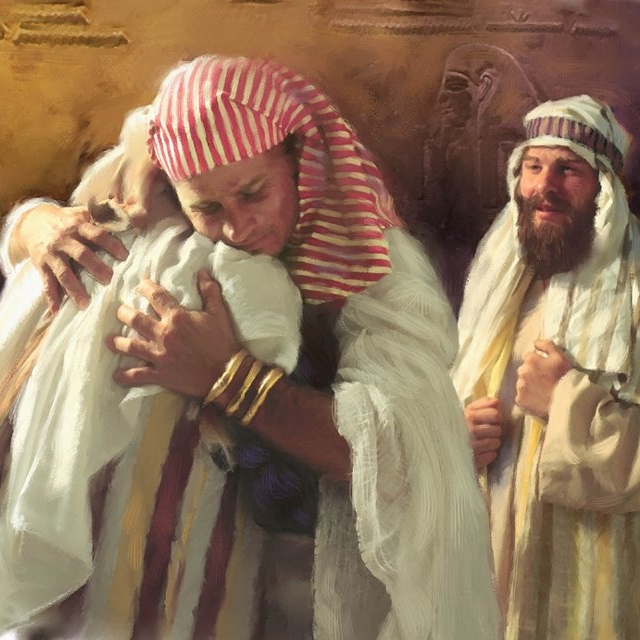 Joseph Provides for His Brothers and Family

When Joseph was reunited with his brothers it had been 20 years since they’d seen one another. Of course Joseph recognized them immediately, but there was an obstacle preventing his brothers from seeing him. The Joseph they knew and betrayed was hidden beneath his Gentile name, clothing and appearance.

They just couldn’t see him.

As the tension built and he tested their character until he just couldn’t bear it any longer. Then, in one of the most moving and prophetic scenes in the Bible, he revealed himself to the ones who had betrayed and rejected him. A reveal that was private and intimate with Joseph shedding all the tears. (Genesis 45:1-5)

We are “Stand With Israel’s” boots on the ground in Jerusalem and the surrounding region. Reconciliation is not just our personal story it is the heartbeat of our ministry.

Reconciliation is a part of forgiveness, but it’s really a separate and distinct process.

Reconciliation has to do with the kind of relationship we want to have with the person we are estranged from and a process of re-establishing relationship with that person.

We desire to see people restored and reconciled as much as possible… within themselves (healing), then to each other and to the Lord.

We are called to bring the same comfort with which we have been comforted ourselves. We are parents, mentors and friends at-large.

"Remind them of who they are".

Most of the Jewish people in Israel are secular and non-religious, some don’t believe in God at all. We understand this as Jews have suffered like no other people.

As we walk the streets, we pray and look for every opportunity to remind these precious people of who they are.

As champions of reconciliation, we come to Israel in the name of the Lord and believe that those who welcome us will have a veil lifted and they will see their brother Yeshua.

"I, a rabbi of Israel, think we should accept Jesus..."

"Scores of men have believed themselves to be the Messiah and have convinced many of their contemporaries, but those who believed Jesus to be the Messiah have built a great church upon the rock of their belief. He is still the living comrade of countless lives. No Moslem ever sings, 'Mohammed, lover of my soul', nor does any Jew say of Moses, the Teacher, 'I need thee every hour.'"

"Jesus is the soul of our soul as he is the flesh of our flesh. Who then could think of excluding him from the people of Israel? St. Peter will remain the only Jew who said of the Son of David: 'I know not the man.' If the Jews up to the present have not rendered homage to the sublime beauty of the figure of Jesus, it is because their tormentors have always persecuted, tortured and assassinated in his name."

"Jesus was a Jew and a Jew he remained till his last breath. His one idea was to implant within his nation the idea of the coming of the Messiah and, by repentance and good works, hasten the 'end'.... In all this, Jesus is the most Jewish of Jews, more Jewish than Simeon ben Shetah, more Jewish even than Hillel."

"... I think we should teach Jesus to children much as we teach them about Abraham, Moses and Jeremiah, and the rest of the great teachers and prophets. Jesus, as we all know, was a Jew. He was a gift of love."

"I do not think that many Jews would object if the Messiah -- when he comes -- is the Jew Jesus."

"Every Jew should be proud of the fact that Jesus is our brother, flesh of our flesh and blood of our blood. We desire to put him back where he belongs."